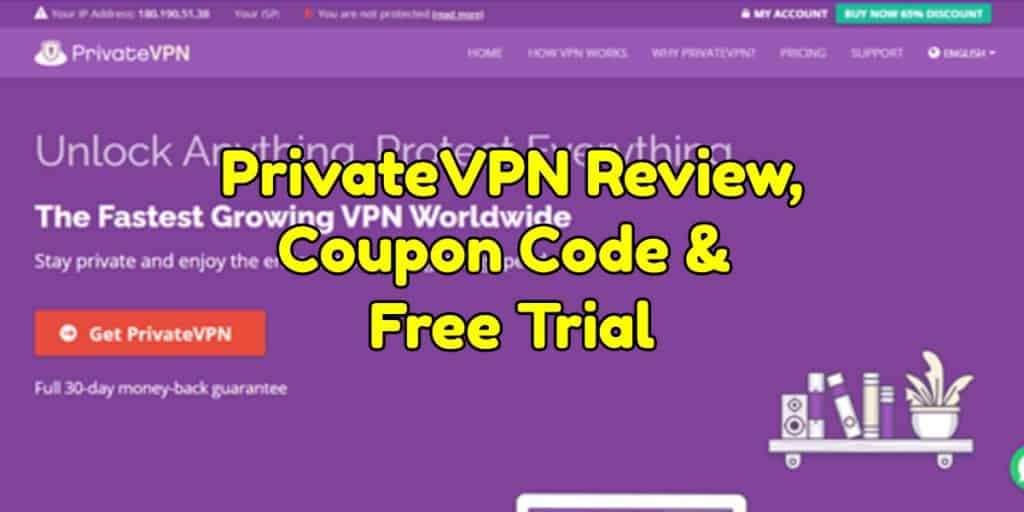 When it comes to VPN service, PrivateVPN is the best one to use for streaming, privacy, and security. They are the VPN service that also delivers good internet speed and competitive pricing. At least this is what the company is saying on its website.

Those are bold claims and it is interesting to see if they are accurate or just a big marketing ploy to get people to buy their service. This is what we’ll try to uncover in this review of PrivateVPN. We will see if the claims they made are all true and if their VPN service is worth trying out.

Before we verify the claims, let us first talk about what this company is. PrivateVPN is a VPN provider that is based in Sweden. Founded in 2009, the company has been one of the fastest-growing VPN providers worldwide. They offer various features to provide people with a private VPN service that is secure and uninterrupted for 24 hours.

The company’s VPN is compatible with Windows, macOS, iOS, and Android devices, allowing many people access to their service. One subscription can also connect 6 simultaneous devices.

So you won’t need multiple subscriptions in your household unless you have a big family and many different devices to use. The company also said that they are pricing their services competitively. Let’s look deeper at what PrivateVPN is offering.

PrivateVPN boasts many different features that they included in their VPN. Let’s discuss each one of them.

One of the things that PrivateVPN boasts is that their VPN service is very fast. What this means is that the server connections that they are offering will provide faster internet speeds and lower latency. And this is for all of the devices that are connected to the VPN.

It doesn’t matter where you are in the world, PrivateVPN promises that their servers will always deliver faster internet speeds. For example, you live in Europe and you used the VPN to connect to a server in the U.S., PrivateVPN promises that their server will be providing high internet speed so you won’t have issues browsing or using streaming services with the server.

Unfortunately, the company doesn’t have a lot of server options yet. They only have more than 150 servers in 60 countries. This pale’s in comparison to the top VPN providers, which has thousands of servers available. The only good thing is that their servers continue to increase.

Another main feature that PrivateVPN offers is that they provide a very secure VPN. The company uses the AES 256 encryption, which is one of the most secure encryption available right now and is the encryption used by the U.S. military and many federal government agencies.

PrivateVNP also features privacy protection while you are in public. They create several layers of security protection over the tunneled connections to make sure that all of your information is kept hidden. This means that your private information won’t be seen whenever your devices connect to public WiFi hotspots.

They also allow torrenting, ensuring that you won’t get your information leaked when you connect with others to move large files. The company also said that they don’t log user traffic or activities, so you won’t have to worry about PrivateVPN storing any information or data from you.

This option will automatically select the best VPN protocol that will best fit your network. So if you’re a beginner, you can just set it to automatic and it will connect to the VPN without issues.

But if you’re already knowledgeable in VPN, the company supports many different protocols like L2TP/IPsec, OpenVPN with UDC/TCP, PPTP, and many more. You can easily customize which protocol would best suit your network.

PrivateVPN’s service also supports streaming content from companies like Netflix, BBC iPlayer, Hulu, Amazon Prime Video, and ABC. The company’s VPN allows you to stream geo-restricted content without any problems at all. For example, you live in Asia and you want to watch Netflix content available only in the U.S., you can do so with PrivateVPN.

The beauty of the company’s VPN streaming service is that it will list down the available servers that you can access. This will let you know what kind of content you will be able to watch instead of just going to a server and taking a guess what country it can access.

Other Features of PrivateVPN

Other features of PrivateVPN would include:

In terms of pricing, PrivateVPN doesn't offer the cheapest option but their service is very affordable. They offer 3 payment options, monthly, quarterly, or annually. Their monthly option will cost you $7.67, which is about the average cost of a VPN service.

If you choose the quarterly option, which is every 3 months, it would cost $14.63 or about $4.88 per month. Their annual option offers great value since the service will be for 13 months instead of just 12. It will cost you $49.68 or about $3.82 per month. All plans come with a 30-day money-back guarantee.

A Safe and Secure VPN

PrivateVPN does deliver on its claim that it is a very secure VPN service, offering tons of great features to make sure that your private information is safe. They use AES 256-bit encryption, supports many protocols, don’t log traffic or user activity, and supports tormenting.

Simple and Easy to Use

Another advantage of PrivateVPN is that it is very simple and easy to use. PrivateVPN has a beginner-friendly mode where everything is already set and you just have to activate the VPN. If you’re more experienced with VPNs, they also have the advanced mode where you can customize the different settings more to your liking.

PrivateVPN’s pricing is average, but it is a good value if you look at the features that they are offering. Unblocked streaming service that lists the available servers, a safe and secure VPN, up to 6 devices can connect simultaneously, and more.

One of the main disadvantages of PrivateVPN is that it doesn’t have the number of servers that top VPN providers offer. It currently has more than 150 servers in 60 countries, which is relatively small. But the good thing is that the company is constantly their available servers.

Fast Internet Speed is Not Consistent in All Locations

The company can maintain good internet speeds on their servers. But you should not expect the same speeds across all its servers. Certain servers will provide low internet speed, while there are some with fast speeds.

PrivateVPN doesn’t say which server will provide slower speeds, so you’ll have to test different servers. You should also expect your speed to go down significantly if the server you’re trying to connect to is very far from your physical location. Let’s say you live in the UK and you connected to a server in Australia, expect your internet speed to be very low.

Kill Switch is Only Available on Windows App

Another disadvantage is that the Kill Switch is only available on the Windows App. This feature will automatically stop your access to the internet in case your device is disconnected from the VPN to avoid exposing your IP address.

So if you’re using a Mac, iPhone, or Android device you can accidentally continue browsing the internet even if it's disconnected from the VPN, exposing your IP address.

Customer Support is Not Available 24/7

PrivateVPN has great customer service. But don’t expect that they will be available 24/7. During the company’s office hours, you can expect to get a quick response whenever you chat with their support. But outside of that, the best you can do is to contact them via email.

This can be a problem if you are living in a country with a different timeline. Your availability might not be the same as the company’s availability, which means you’ll settle for email messages instead of living chat.

After looking at what PrivateVPN is and what it can offer, it’s easy to see why they are considered a fast-growing VPN provider. Their prices are reasonable, their VPN service is safe and secure, they provide access to Netflix and other streaming services, and they have a user-friendly interface.

Of course, you have to deal with the company’s inconsistent internet speed, the low number of servers, and customer support that is not available 24/7. If you’re using a device that is not Windows, don’t expect to have a kill switch feature available as well.

Looking at the pros and cons, I would say that PrivateVPN is worth trying out. It’s great that they have a 30-day money-back guarantee so you can test the service first for a month and then just request a refund if you’re not satisfied with it.