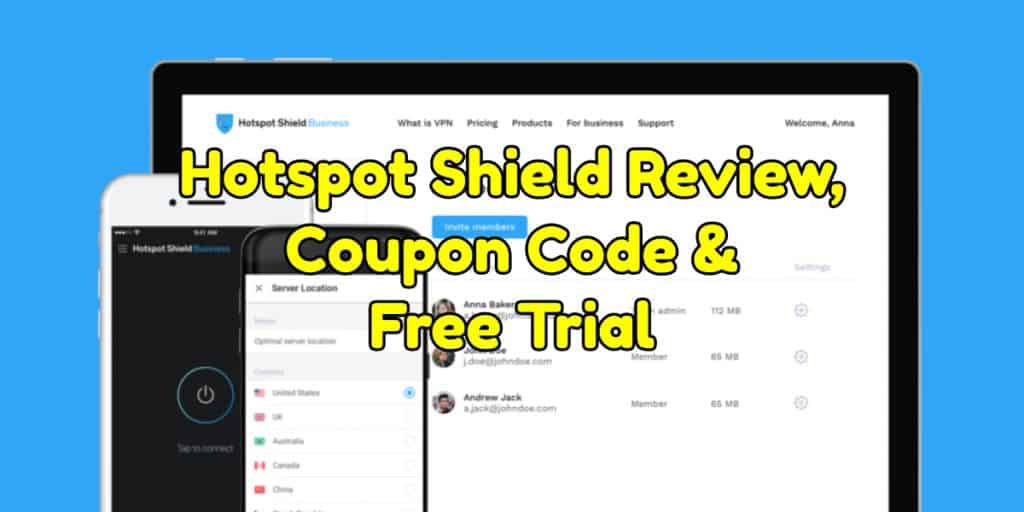 Virtual Private Networks are apps that have been gaining popularity. These protect your data whenever you use the internet in public. The service helps in viewing foreign streaming services and for safe BitTorrent use. One of the newest VPN services is Hotspot Shield, which promises to be one of the fastest VPN services. The following Hotspot Shield Review is a short write-up of this new service offering.

How Does A VPN Work?

Post office boxes are still in use, but these are becoming rare. If you have a post office box, you can use that as your postal address. Your letters and packages are deposited inside the designated box in the post office. You visit the post office to check your PO box. The sender does not need to know your actual address. Companies still use PO boxes because these do not change, but the company address may change.

Online, VPN is something like digital PO boxes. When you access the internet, you request a web page from a server, and a file is sent back to you.. Your request includes an IP address where the web server sends back the web page file you requested. Once you receive the page, it is then rendered on your internet browser.

With a VPN, there is an extra layer of security. The encrypted data is sent to servers, and the servers provide a unique IP address. Websites you access would only know the provided VPN address. The VPN hides your real IP address.

Going online while using public wifi has become unsafe because of hacking and identity theft. When you are connected to any wifi network, your device is broadcasting radio waves. Any receiver tuned to its wavelength can listen to the broadcast. To protect your browsing data, you have to ensure that your data is encrypted. VPNs like Hotspot Shield ensure that any data a hacker gathers is unreadable and could not be encrypted.

To eavesdrop, a hacker stores all the information it receives for later sorting. If you have been inside a coffee shop, you have an idea of the information that can be gathered from internet users. These can include documents, spreadsheets, games, and e-commerce transactions. The hacker only needs fragments of the information, instead of whole documents. Hackers' primary targets are credit card numbers, bank transactions, and passwords. Even game accounts are sometimes stolen for ransom.

The IP address contains information about your location. Streaming services impose limitations on where you can view their movie or series. For Netflix, each country has its lineup of shows. A show might be viewable in the United Kingdom, but not in the United States. If you want to enjoy watching one of these geolocation limited shows, use Hotspot Shield VPN to stream from the UK.

For Netflix users, Hotspot Shield can be used to stream movies from other countries. However, Netflix tries to block Hotspot Shield, as it does with every other VPN service. When this happens, you can choose another server and reconnect to Netflix.

One downside of using a VPN service is the slow speed. It is the nature of network traffic that the further you are from the server, the longer the lag time. To shorten the lag time, providers use plenty of servers to meet the demands of the subscribers. Even though Hotspot VPN only started operations in 2019, it has expanded to more than 1,800 servers located in 99 countries around the world. It is a mid-size VPN network in comparison to larger companies with up to 5000 servers.

Many VPNs set up virtual servers to appear as if these are located in another country. Unlike some of the competition, Hotspot Shield does not use virtual servers. The server count is composed of real servers. Virtual servers allow VPNs to apportion a server's resources to different processes. This results in a larger capacity to handle more connected users. However, Hotspot Shield has stated that they only use hardware servers.

BitTorrent users are advised to use a VPN for their downloading activities. For downloading torrents, Hotspot Shield performance delivers. It allows torrent downloads on all devices and platforms. The VPN service masks the user's IP address and hides any P2P activity.

Hotspot Shield has two pricing schemes: the Premium and the Basic plans. The Premium is $7.99 per month, billed annually, and it has a comprehensive list of features. It also includes 1Password, a secure password manager. A spam call blocker, Robo Shield is also featured. An anti-identity theft app, Identity Guard, is another extra feature. These services are included in the package. The Premium plan has a 45-day money-back guarantee.

Users can opt for the ad-supported free Basic plan with a shorter list of features, including a 500MB daily data cap If you find the ads annoying, you can upgrade to the Premium plan.

The biggest security threat about VPNs is the use of logs. Hotspot Shield admits that they log the user's IP address, but only to match the user with the best available server. They also gather data on the volume of data and the length of use per session. These are collected and stored anonymously with no information linking to the user.

This Hotspot Shield review only skims the features of this young VPN company. From a price viewpoint, the free basic plan has better features than other VPN free programs.  You can use their free service but with some limitations. But the Premium plan is more expensive than comparable VPN services. There are plenty of things to like, and it looks promising for a one-year-old company. At the end of the day, Hotspot Shield tries to add more features to justify its pricing. It is fast, and feature-packed and more features than most and is a service that internet users would be interested in.