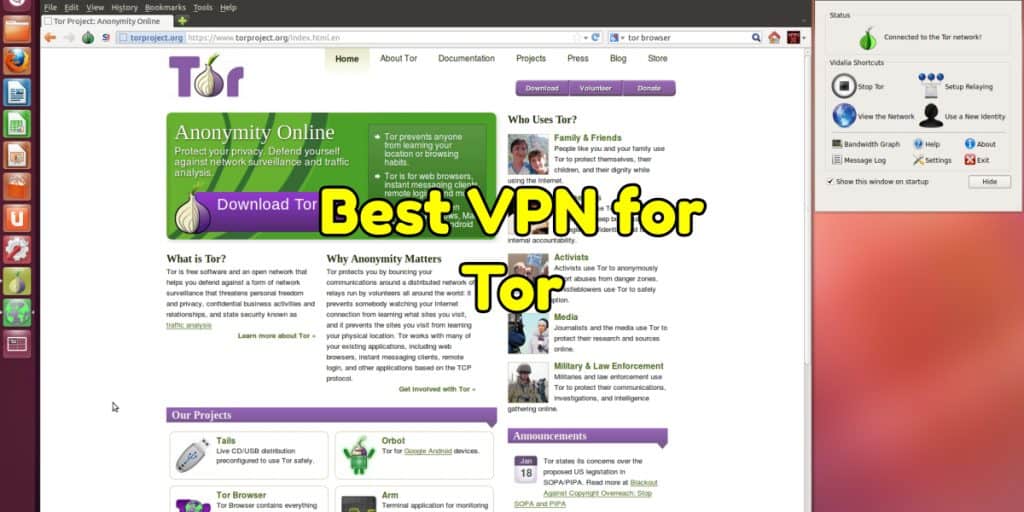 Let's cut to the chase. NordVPN is the best VPN for Tor in 2020. Why you ask? Because of their Onion-over-VPN feature. No other VPN service can match that.

By Odin’s mighty hand! ‘Tis no longer a secret that the internet has always been a cesspool of information. More often than before, data shared on the internet fluidly forms a steady algorithm that uniquely compares to an indelible mark of identity, much like a fingerprint.

Events such as these have led a vast majority of online users to utilize different methods of software such as proxy sites, alternate browsers, and private networks just to effectively mask every compromising detail.

Enter The Onion Router, or best known as TOR.  Like any standard web browser in many ways, TOR works and functions and is not a tad more challenging to use than Google Chrome or Microsoft Edge. What makes it secure is that it operates efficiently on a network built on trust, aiming to address the growing concern of online privacy primarily.

Essentially, everything that goes through the TOR network is encrypted, protected, and kept in an online environment safe for the average internet user.

On the other side of the coin, is the quintessential Virtual Private Network or VPN. As with the TOR network, VPNs protect your data through a network of servers located worldwide.

But wait, there’s more! A VPN protects, but it can also relocate the IP of any device remotely anywhere and allow secured access to any local network’s resources.

The TOR browser and VPNs are both tools for protecting your privacy online. However, they are not the same thing. Each has very different technologies that protect you in different ways, and both have their own set of flaws, drawbacks, and vulnerabilities.

Depending on the level of protection and safety required for a specific browsing activity, both TOR and a VPN can be a lot more beneficial in powerful ways when brought together.

Hide No Seek: The True Power of Invisibility

Using TOR and a VPN grants access to limitless possibilities for the average internet user. For whatever reason other than anonymity and privacy protection, this power combo cloaks your digital footprint and enables passage through walls. Well, not correctly, but close enough, depending on the user skillset.

In most cases, this configuration provides more than enough security and privacy to protect your activities. Still, the question remains, What VPN is best suited for using TOR? Only one VPN comes to mind.

NordVPN: The Best for Tor

NordVPN (read our review here) is a VPN service that provides a secure, encrypted tunnel for online traffic to flow and the only VPN to have a built-in feature called Onion Over VPN.

Onion over VPN, when employed, keeps data traffic encrypted from the entry node. It masks the IP address from the beginning and shows the VPN’s chosen address instead. This can only mean that the TOR entry node can’t see your real IP. The NordVPN Onion over VPN feature also gives an immense sense of privacy. Even from NordVPN, since they are unable to see the activities within the TOR network.

NordVPN also guarantees to route browser traffic through the Onion network while being protected by the service all the time, as NordVPN has 256-bit encryption combined with SHA2-384 authentication.

This authentication method ensures any activity arrives at its proper destination correctly and is not intercepted or compromised while on its way. TOR already encrypts data once over, so the VPN adds a second layer of protection as data traffic travels through the Onion network. Getting twice the encryption with a second server that doubles your privacy makes for a winner.

Offering multiple security protocols, NordVPN is one of the most secure VPNs to run over TOR because of its versatility in running almost every encryption protocol. Even data trails are quashed with every ended session, a feature present in TOR as well.

This means NordVPN has a strict no-logs policy and warrants that there is no viable risk of data or online traffic being traceable. NordVPN also uses perfect forward secrecy with each time the system is connected. A new encryption key is utilized. Anything from the last session is unrelated to the latest session, maintaining zero links between any activity.

Using a VPN that’s relatively fast lessens any of the slow drag of page files loading. TOR in itself is undoubtedly more time-consuming than most browsers, but surprisingly the Onion over VPN feature of NordVPN proves to be lightning fast.

Bitcoin expert Brian Harrington pointed out that another great privacy feature of NordVPN is they accept bitcoin as payment.

TOR is a powerful, useful tool for protecting online privacy. Combining TOR’s anonymity with a VPN’s security and safety gives you the best of both worlds. Choosing NordVPN is strongly recommended when deciding on a VPN service since it is the only VPN with a feature called Onion over VPN.

On an end note, keep in mind that Nord VPN can provide excellent security and anonymity, without the significant speed decrease experienced with TOR. Because in the ever-changing landscape called the internet, speed matters.