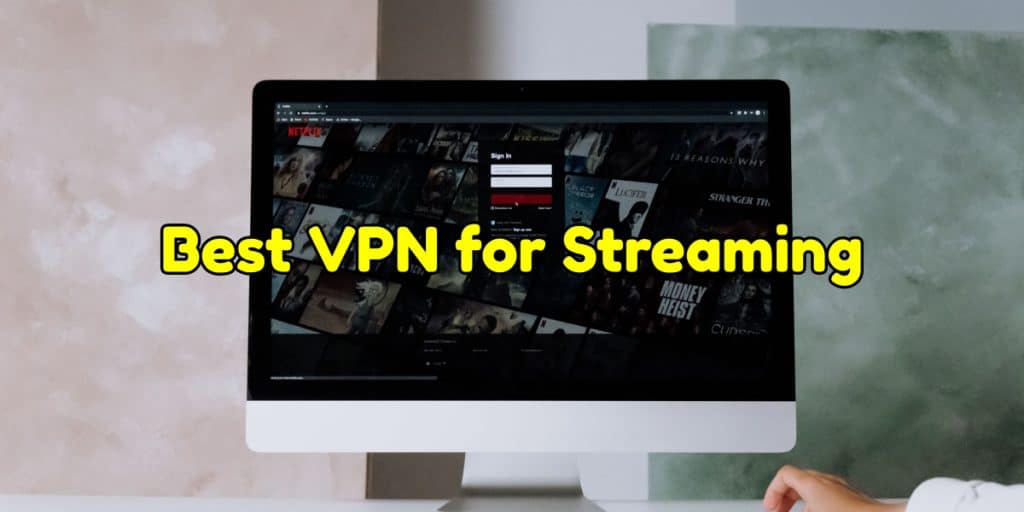 What's the best VPN for streaming? Our 1st placer here is ExpressVPN. Why? Because it passed all our streaming tests. We accessed multiple Netflix libraries and we also did not experience any buffering with it. Read on for our other runners-up.

A VPN, or Virtual Private Network, is often associated with security. No matter where you are, using a VPN provides you security from cyberattacks. Not only that, but it also masks your location, which is also why it has become the sought after service for streaming across the globe.

Today, my focus is directed more toward the best VPN services for streaming on different platforms. You might think that you can stream anything from the service you paid for from anywhere, but that is not the case most often.

TV streaming services like Netflix and Hulu don’t work all over the world. Neither do Amazon Fire TV and Kodi. To keep using the services you paid for and to keep up with your favorite series while traveling for pleasure or work – you will have to install a VPN. Most locals in the regions with restrictions on particular streaming services use VPNs too.

ExpressVPN clearly is one of the best VPNs in the market and has always managed to stand out from the crowd. With top-notch platform support, it has apps for all major platforms and setups available for Apple TV, Fire TV, PlayStation, Chromebooks, Kindle Fire, and more.

ExpressVPN doesn’t keep any identifying information in their logs like IP and connection time, so you can safely Torrent with it. You can also bypass any restrictions on Netflix, Hulu, HBO Now, HBO Go, Amazon Prime Videos, etc. It provides great speed to support HD videos and live streams.

It has servers running in 94 countries, which makes it one of the best in the market. Not only do you get wide coverage, but you also get live customer support 24×7. Worried about security? ExpressVPN has one of the highest standards set in terms of security – it comes with a kill switch (that automatically stops all traffic when you lose connection suddenly) and DNS leak protection already integrated into its app.

It works well with all the popular operating systems like Windows, Linux, macOS, iOS, and Android. It is a little expensive when compared to other VPN services, but considering its performance, coverage, and security standards, it is definitely worth it.

Netflix is one of the most popular streaming services out there. While you won’t have a problem using Netflix in most places, in some places, it can be an issue. If you are traveling or if you live in a place that doesn’t support Netflix streaming, then using a VPN service is your best bet.

NordVPN can also be a runner-up in the Best Overall category, to be honest. It is also budget-friendly when compared with ExpressVPN. But we are going to be focusing on Netflix as a service here. Netflix requires a lot of bandwidth, and NordVPN can support that.

The servers of NordVPN have the ability to unblock Netflix in the browser as well as the Netflix app. The majority of this VPN service’s servers will direct you to the US version even if your account is based in another country. Don’t worry; it also unblocks Netflix UK, Canada, Australia, Japan, and the Netherlands. Not all of their servers are consistently fast, so you might find it at crawling speed sometimes.

It allows six devices to be connected at one time, which is great considering this is a budget option. I would also nominate this as the Best Value option. It provides great value for money and doesn’t skimp over any features or security details.

Surfshark is another one of the popular VPNs that support and unblock most of the major streaming services. The reason I am selecting this to be the best option for Amazon Firestick is that it has a dedicated app in the Amazon app store and requires minimal setup.

This VPN service has more than a thousand servers spread over more than 60 countries. It also offers a limitless connection supported by good streaming speed. The security is top-notch with the inclusion of a kill switch, 256-bit AES encryption, protection against DNS leaks, and protection against IPv6 and WebRTC leaks. It needs manual installation, though.

It also allows you to block ads and filter malware. It also doesn’t log any information that can trace your streaming activities back to you. It has 24/7 customer support and works with operating systems like Windows, macOS, iOS, and Android.

Surfshark lacks servers in some countries, which can cause a significant speed drop while switching. Surfshark can benefit from expanding its network in those locations.

IPVanish is slowly gaining popularity and is in league with some of the top VPN services. It works the best with Android-based Kodi devices, including the Amazon Fire TV and Fire TV Stick.

You can download the APK file directly from their website, or you can download it via the app store. You get no restrictions in that manner. It also supports up to 10 devices at the same time. Although apps are available for Windows, macOS, iOS, Android, and even Amazon Fire TV, Linux users will have to manually configure the installation of IPVanish.

IPVanish has more than 1200 servers and boasts of top-notch security with 256-bit encryption. The privacy considerations made by this service is another one of the reasons for it to gain popularity. You get reliable service, and great HD streaming speed in the majority of the countries and also are provided a no-logs service.

Not only does it provide good speed and unlimited bandwidth, but it also indulges in top-notch security with 256-bit encryption, DNS and WebRTC leak protection, automatic wifi protection, a no-logs policy, and a kill switch (Windows only as of now).

It works with operating systems such as Windows, macOS, iOS, and Android. Five devices can connect at the same time, and you also get 24/7 chat customer support in case you find yourselves in a snag.

Though Hotspot Shield claims to have no logging, the privacy notice gets specific and indicates there could be additional logging, which should be kept in mind.

Safeguarding your personal information, protecting your client data, masking your online activity, gaining location independence while browsing, and so much more can be achieved through the use of a reliable and trustworthy VPN service.

Location independence through a VPN service also lets you unblock entertainment streaming services no matter where you are. ExpressVPN stays at the top due to its performance, speed, unblocking abilities, and security. That being said, the other VPN services discussed work great for the mentioned streaming services and also for others if you wish to use them.