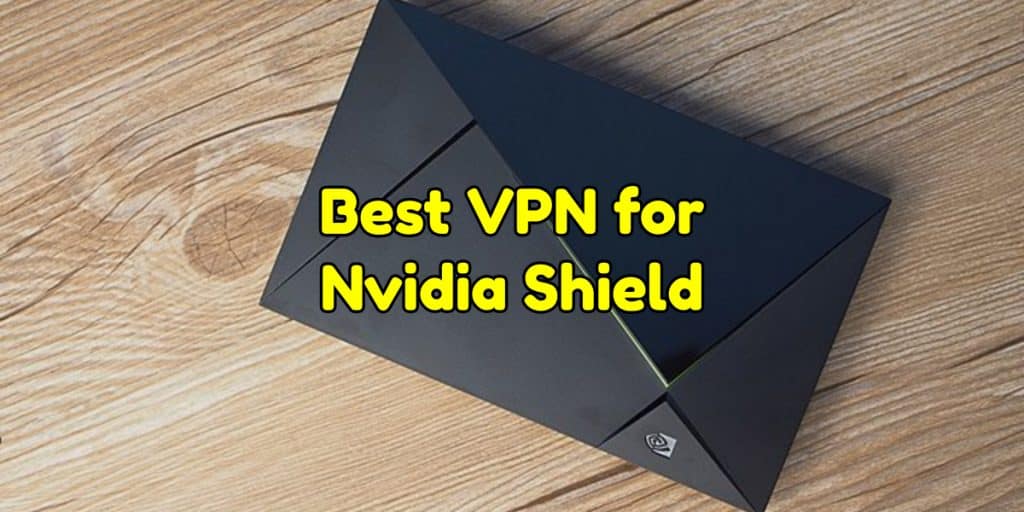 Let's cut the chase. The best VPN for Nvidia Shield is ExpressVPN. It has all you need to stream using this device.

The Nvidia Shield is still known as one of the best streaming devices in history with its amazing internal specs and features. It's hands-down the best set-top box you can buy because it's not shackled to iTunes and the App Store.

Nvidia released a new Shield TV model, and the older ones from 2015 to 2017 are being phased out. To get the best experience with your Nvidia Shield, you want to stream and watch your favorite series or play your Android games without any issues.

Nothing can spoil your movie-watching than seeing a copyright notification appearing on your Nvidia Shield. Regional restrictions can still occur despite being in the advanced digital age technology, preventing access to games, movies, series, and some of our favorite apps.

You want full access to certain contents that may be blocked in your location or country, We have come up with a workaround that solves this little problem using a reliable VPN that can bypass restrictions.

To get an overview of what VPN (Virtual Private Network) is, it is simply a software that helps encrypt all the data you send on the internet. When connected to a VPN server, no one can see your activities online, even your internet service provider.

The main selling point of a VPN is mainly privacy.  Apart from that, the encryption function stops hackers from seeing sensitive information that you enter on websites.

ExpressVPN offers a great mix of speed and has servers in 94 countries. It gives robust security and unblocks a wide range of geo-blocked streaming sites. It is my pick since I have used this, and it works smoothly.  You can stream content from dozens of countries, including Netflix, BBC iPlayer, Hulu, and Amazon Prime Video.

CyberGhost makes it easy to unblock streaming sites. No-logs policy and provides simultaneous connections. It scores high for both security and internet speed and the fastest VPN of 2020 based on tests. In addition to Android TV, apps are available for Windows, macOS, iOS, Android, and Amazon Fire TV. You can connect up to seven devices at a time.

NordVPN is a budget choice with tons of servers and good connection speeds with zero logs. It unblocks Netflix, Amazon Prime Video, BBC iPlayer, and Hulu and other streaming sites. NordVPN operates more than 5,700 servers in over 60 countries. You get download speeds fast enough to stream video in HD and secure encryption to keep your viewing private.

Hotspot Shield is strong on security and very fast, with excellent unblocking ability. This VPN is excellent for streaming and browsing, with a network of around 3,000 servers covering more than 70 countries. It can unblock major streaming platforms, including Netflix, BBC iPlayer, and Hulu from abroad. This VPN can have five simultaneous connections permitted. You can use this to protect all of your most commonly used devices at once.

IPVanish has boosting streaming services such as Kodi. This app runs silently in the background while you are streaming. The app is available from the Google Play Store; however, the downside is that it doesn’t offer free trials, but they have a 7-day money-back guarantee.

PrivateVPN is the smallest provider among all the list, but it is highly recommendable.

In terms of internet speed, It’s excellent for unblocking geo-restricted content and unblocks more international Netflix libraries than any other VPN that has been tested. One of its strong points is security and privacy. PrivateVPN doesn’t store any logs of your activity or connection.

Surfshark currently has 1,000 servers in more than 60 countries. It unblocks streaming platforms like Netflix, Amazon Prime Video, and BBC iPlayer. Surfshark has no connection limit. The connections are fast enough to stream live HD video without any hassles.

Its 256-bit military-grade encryption gives maximum protection against WebRTC, DNS, and IPv6 leak protection with a kill switch to keep you safe from prying eyes. Another feature of Surfshark is the automatic ad and malware-blocking that lets you bypass country-wide internet restrictions.

How to Install the Best VPN for Nvidia Shield TV

VPN protection is flexible. Users can change their settings according to their current activity and device. The Nvidia Shield TV is primarily intended as a streaming and gaming device. When it comes to utilizing security protocols, picking either OpenVPN or PPTP is your best choice.

There are free VPN apps in the Google Play store, but we don’t recommend them. Free VPNs have congested servers that are too slow for streaming video. Data caps and bandwidth limits often lead to interrupted videos. We recommend sticking with a paid VPN for a more seamless experience, fast speeds, better privacy, and customer support that's ready when you need it.

If you are also confused about what Nvidia Shield to buy, it comes in two options, the Standard, and Pro. They are quite similar except for a few upgrades built into the Pro version, including more RAM and internal storage, with two USB ports, which the standard version lacks. The one you choose depends on your needs, but both should work equally well with VPN apps.