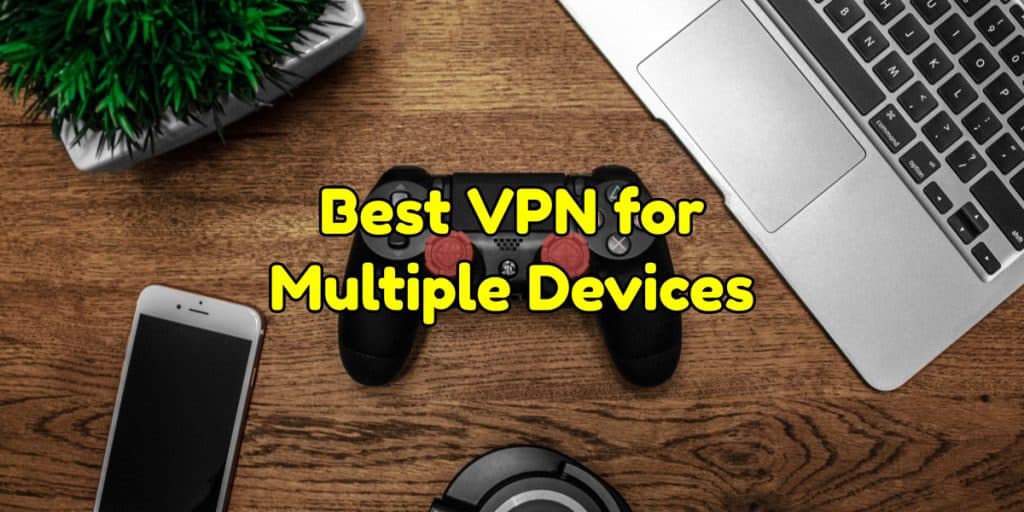 Let's go direct to the point. The best VPN for multiple devices is Surfshark. It's the best deal for it. Compared to competitors, you'll be getting the most back for the buck with it. More about it in the video:

The VPN industry is a fast-paced one that’s continuously evolving. Consumers can now choose between a wide number of service providers. However, not all these service providers are created equally. Some are better than others, which is why it’s best to educate yourself before choosing one.

You’ve probably got more than one device that needs protection when accessing the internet. Now imagine having to pay for multiple subscriptions for each one. Doing so would not be an excellent financial decision. Additionally, it would be a hassle to manage several subscriptions at once. For that reason, it’s best to select a service provider that lets you connect to as many devices as possible with one subscription.

In this article, we’ll be discussing the best VPN services available for connecting to several devices. Each one will get ranked according to user reviews and the number of features that they offer. Of course, we will also be looking into the cons that come with using each service.

So without further ado, let’s get right into it:

All the plans that Surfshark offers provide you with unlimited concurrent device connections. Hence, it is an ideal choice if you’re running a business. It’s also great for tech-savvy families that use many devices to access the internet.

One other significant advantage that Surfshark has over its competitors is its affordability. No other service out there provides you with as much value for your money as it does.

Despite having low subscription fees, Surfshark does not skimp on the quality of its performance. It gives you quick access to more than 7,100 servers across 63 countries. As a result, you’ll be able to tap into geo-blocked streaming service sites like BBC iPlayer and Netflix.

Privacy and security are two things the service excels at providing. With the renowned firm Cure53, several protocols have been put into place to safeguard user identities.

Examples of which include Multihop and CleanWeb. The former is a feature that redirects traffic through two encryptions to double down on security, whereas the latter blocks out phishing scams, malware, and advertisements.

Besides what’s stated above, it’s worth mentioning that the service has also got an automatic kill switch and a very strict no-logging policy.

Compatibility is not going to be an issue when using Surfshark. It has native app versions for Linux, macOS, Windows, iOS, Firefox, and Chrome. The service’s developers have also begun to release apps for FireTV, AppleTV, and other Smart TVs.

IPVanish has over 1,400 servers in more than 75 countries. Although that number isn’t as many as other service providers, it’s still quite impressive. If anything, you’ll still be able to bypass the geo-restrictions of most streaming sites.

As a cherry on top, unlimited bandwidth will let you watch your favorite shows without any buffering. It will also enable you to effortlessly browse, torrent, and download all kinds of content.

Few VPN services out there can compare with IPVanish. The US-based provider allows you to connect up to 10 devices at the same time. This makes it a great choice if you’re looking to share your subscription with your entire family and even a few friends.

While the service lets you make many connections, it also allows for DD-WRT router installation. This enables you to connect an unlimited number of devices via WIFI. A capable router and some technical know-how are all that’s needed for setting up.

There’s no such thing as a security breach when using IPVanish. It utilizes high-end 256-bit encryption along with a no-logs policy to ensure your data is safe. Like Surfshark, there’s also an automatic kill switch to instantly drop internet traffic when your IP connection gets cut.

Giving the service provider a shot is easy because of its 7-day money-back guarantee. Like most VPNs, this one is available on Windows, macOS, Linux, Chrome, Firefox, Android, and iOS. If you have questions, you may contact their team anytime via 24/7 live chat support.

Unlike other service providers, NordVPN can only connect to 6 devices simultaneously. However, what it lacks in connectivity, it makes up for in speed. The VPN has been rated by users as the fastest when it comes to multiple-device connections.

NordVPN consistently tops the speed records thanks to its Quick Connect feature. This allows the service provider to connect to the fastest server available automatically.

Sadly, the feature doesn’t allow you to choose the location manually. It isn’t the best option if you want to unblock specific geo-restricted content and websites.

Another unique selling-point of Nord VPN is SmartPlay, which makes bypassing geoblocks a breeze. Testing has proven it to be capable of streaming content from all major sites. Consequently, it’s the perfect VPN to subscribe to if entertainment is a priority.

When it comes to security, this service provider does not skimp. It uses a 256-bit AES military-grade encryption, which is also used by many government agencies across the world. Along with that, it also has an automatic kill switch and a zero-logging policy.

You can use Nord VP on macOS, Windows, Linux, Android, iOS, Chrome, Firefox, FireTV, and several other platforms. Thanks to a 30-day money-back guarantee deal, testing it out comes with no risks. In addition to that, any inquiries you might have can be answered by a chat support team that’s available 24/7.

As a consumer, you need to research before subscribing to any VPN. Each service provider offers different features and benefits that have to be taken into consideration. After all, you may have specific needs that must get catered to.

With that being said, every one of the VPNs listed provides you with speed, security, and multiple simultaneous connections. However, the best has to be Surfshark, as it lets you connect to an unlimited number of devices at any given time. It is also the cheapest option available, making it perfect if you’re giving VPN services a shot for the first time.