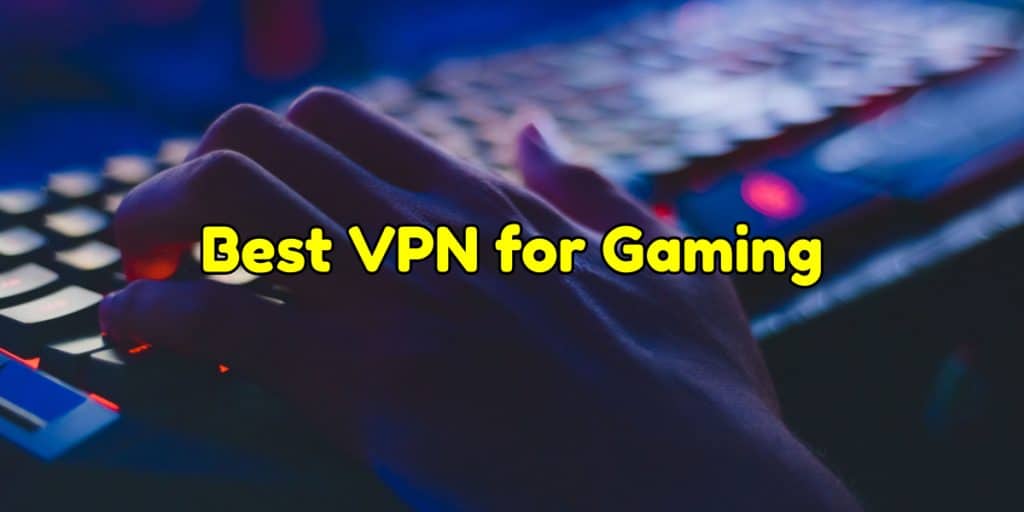 If you're looking for the best VPN for gaming, we wouldn't waste your time. It is ExpressVPN. The reasons why are explained below. Also please watch these videos on how to use it for gaming consoles.

We all love our games. It doesn’t matter if you enjoy killing zombies with your ultra-powerful plants, Dave, and Penny in the latest version of Plants vs Zombies or you’re busy creating your own paradise in Animal Crossing with your newly purchased Nintendo Switch.

No matter what platform you use, as long as you’re playing games while connected to the internet, it is always a good idea to use VPN to protect your privacy. Also, it provides additional protection from cyberthreats, like DDoS attacks and swatting.

What is A VPN?

VPN or Virtual Private network allows you to connect to the internet via an encrypted subway to ensure privacy and protect your sensitive data. This is very useful especially when accessing the internet using a public network.

Advantage of using VPN in gaming

Time has changed and we’re no longer required to cram ourselves in a room when playing in multiplayer. Although Super Mario Brothers will always have a special place in our hearts, today, all we need is a good internet connection to do multiplayer with anyone, anywhere in the world. This kind of innovation has come with disadvantages. Thankfully, VPN is here to drag these disadvantages to the bare minimum.

VPN can mask your real location by allocating you a new location of your choice. This is great when the game you want to download or play is restricted in your country. You can also take advantage of this feature if the game is already available in other regions but not in yours.

ISPs are known for intentionally limiting your bandwidth when they notice that it is getting too high. This will leave you with a temperamental connection, ruining your chance to have a good game. VPN has a way to bypass any throttling from your ISP. It uses an encryption that makes it difficult for your ISP to identify standard packets from gaming traffic. Also, VPN can change the port that you’re using which bypassess the throttling of your ISP.

Probably the most common attack online is capturing your IP Address, location, and personal information in order to hack your social media accounts and post inappropriate content. By using VPN, you can prevent hackers from identifying your IP address and location.

Ping time is the time it takes for your data to send and receive between your device and game server. Long ping times are one of the main causes of lags that ruin your game session.

The usual cause of long ping times is the distance between the device and the game server. VPNs can connect you to a closer server thus, shortening the ping time.

VPN is not perfect. While there are many reasons to use VPN for gaming, there are some drawbacks like the following:

While VPN is legal in most countries, there are some that ban their use or do not allow it for personal use. These include:

It’s true that some VPNs log your information, activity, and data. They can either sell it to other companies or use it to feed you with targeted ads.
When shopping for a VPN, make sure to choose a VPN that has a strict no-logs policy. As much as possible, stray away from free VPNs for security and privacy reasons.

There are times that using VPN can cause slower internet connection. How far are you from the internet server and what kind of VPN protocol and encryption you’re using are some of the factors that greatly affect the speed of your connection.

The Best VPNs for Gaming

Now that we already talked about the most common advantages and drawbacks of using VPN in gaming, here’s our best VPNs for 2020:

ExpressVPN outdid most of its competitors by consistently providing outstanding speed, reliability, and security. Its interface is easily navigated even for those who are new to using a VPN. This service can be used on multiple platforms like Mac, Windows, Android, and iOS.

The cost is a little higher than others but with the consistency of their service and 24/7 live chat and email support, it’s worth it.

Even though quite new compared to its competitors like ExpressVPN and NordVPN, Surfshark offers an impressive speed despite its smaller fleet of servers. What’s more impressive is they offer multihop VPN. Multihop VPN is a feature that allows you to instruct Surfshark to send your traffic through servers in two different countries instead of the usual one. This is useful in preventing your information from being identified if a security breach happens at one of the VPN’s own data centers.

You can’t get any more value for your buck compared to what you can get from NordVPN. This VPN offers six simultaneous connections through its network while most of its competitors only offer 5 or less.

VPN for iOS and Android

Aside from speed and security, what we’re looking for VPN for mobile devices is the app. It is needless to say that having a dedicated app for a VPN on your phone is a lot more convenient than using it from a mobile browser. Like we’ve mentioned above, ExpressVPN is notorious in consistently providing fast and secure service to its users, not to mention that its mobile app interface is also very user friendly. While ExpressVPN is still our first pick, NordVPN app for android and IOS is doing OK but unfortunately, less user friendly. As a matter of fact, its desktop version is a lot easier to use.

We know that we couldn’t emphasize this more, but with all our tests and comparison, ExpressVPN still comes out as the victor for the best VPN for console. Its speed and consistent performance in terms of security is incomparable to other VPNs that are currently out in the market.

It is obvious that speed is the top priority in order to get a fast and reliable VPN connection. The basic rule is to choose a VPN provider with plenty of servers. More servers mean a wider cover thus, a better chance of getting a faster connection.  However, do not forget that your VPN must take your privacy and security seriously. 24/7 live support is also a big plus!

So how do you choose your VPN? Do you have your own list? Share us your thoughts!